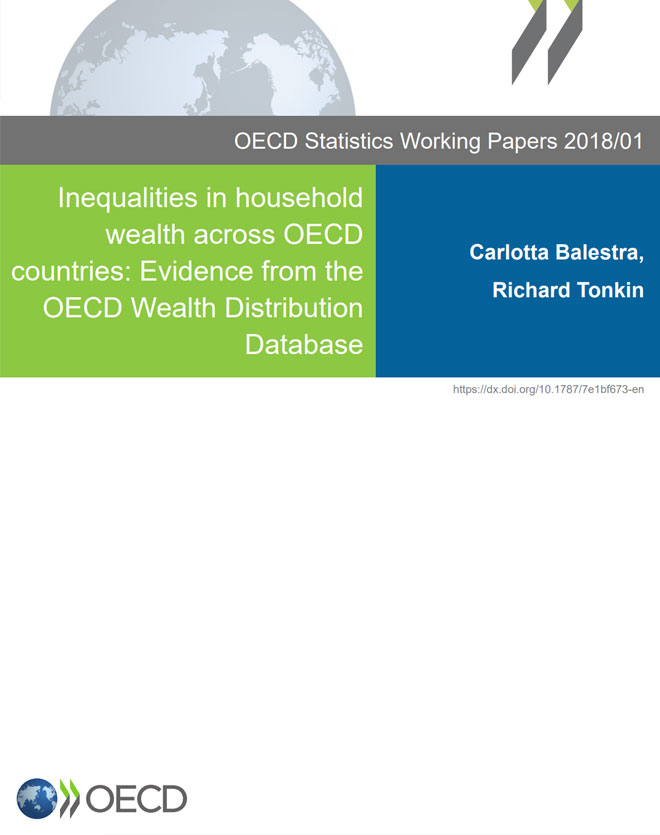 This paper describes how household wealth is distributed in 28 OECD countries, based on evidence from the second wave of the OECD Wealth Distribution Database. A number of general patterns emerge from these data. First, wealth concentration is twice the level of income inequality: across the 28 OECD countries covered, the wealthiest 10% of households hold, on average, 52% of total household wealth, while the 60% least wealthy households own little over 12%. Second, up to a quarter of all households report negative net worth (i.e. liabilities exceeding the value of their assets) in a number of countries. In addition, some countries feature large shares of households with high levels of debt relative to both their incomes and the assets that they hold; this potentially exposes such households to significant risks in the event of changes in asset prices or falls of their income. Third, more than one in three people are economically vulnerable, as they lack liquid financial assets to maintain a poverty-level living standard for at least three months. Fourth, one in three households has received some gift or bequest in their life, with this share being considerably larger among high income and high wealth households. The paper also describes changes in wealth distribution since the Great Recession among the sub-set of countries for which repeated observations are available in the OECD Wealth Distribution Database.